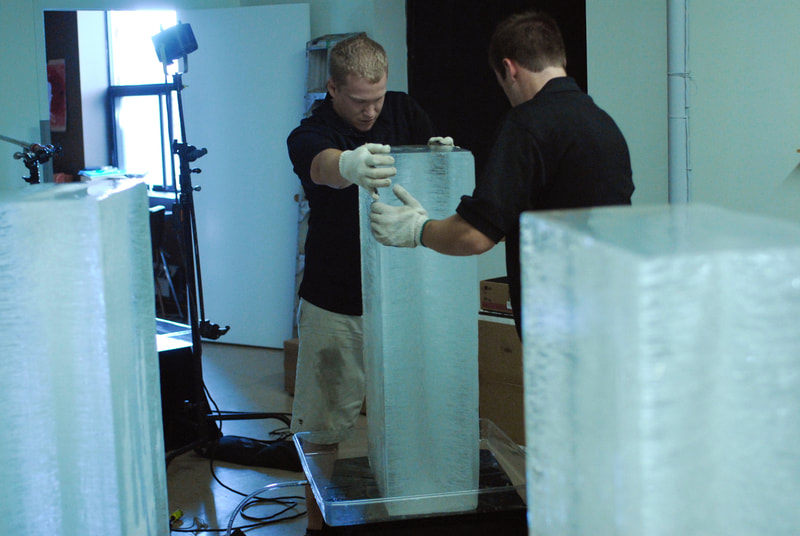 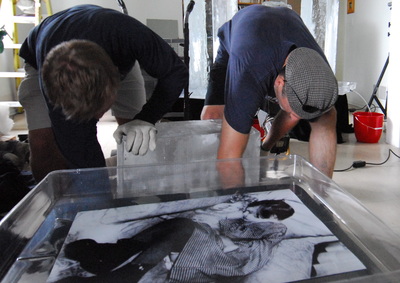 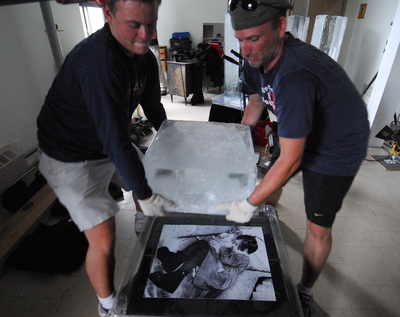 Ice blocks melt to reveal archival photographs beneath. A time-lapse projection loop takes viewers from the pool of water left behind to the solid ice and back again.

It took considerable effort to remove bucket after bucket of water, as the melting took place over three consecutive days. Re-photographing the archival copies through the melting ice allowed me to draw parallels between solid-to-liquid transformations and mechanisms of remembering and forgetting.

Exhibited in a private studio-gallery, Toronto, August 2006
Supported through a Canada Council for the Arts, Media Arts, Research and Creation Grant

Archival photograph of one of the newly arrived refugee children of the second Kindertransport, 1938, courtesy of the United States Holocaust Memorial Museum.